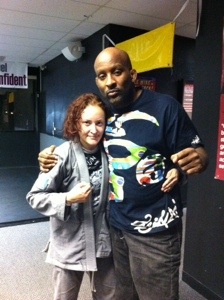 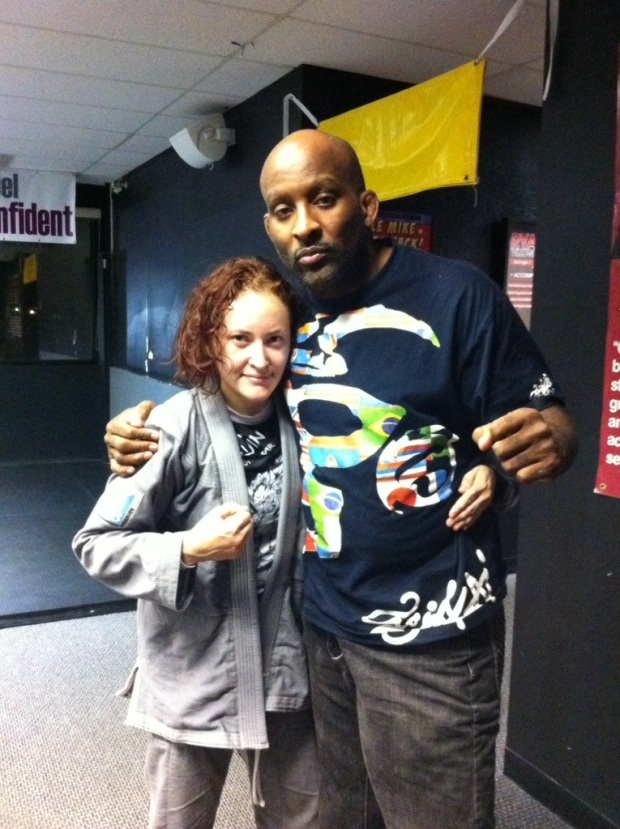 Last week I had the awesome opportunity to train with the crew at Team Lloyd Irvin HQ just outside of DC! Best two days of training ever!

10:00 am I got to enjoy my first ever wrestling class! Warm up of jogging, sprints, shots, and… Cartwheels. I haven’t even attempted a cartwheel since I flunked out of gymnastics at the age of 8 (for not being able to do a cartwheel!) I had momentum and went for it though, and was actually able to do it! Yea!
Next up we did sprawls/shots on command while just moving around in stance. I was informed that if I went out of my stance it’d be 25 push-ups… I asked “what’s my stance?” And saw the instructor take a step back to “basics” and showed me proper wrestling stance – which I then stayed in!
We did takedown drills for probably 45 mins – which I needed desperately! My arm drag is already showing improvement! The rest of the 90 min class was technique drilling, and I got a REALLY awesome takedown from it which I have already hit a few times live!

11:30 am Jiu Jitsu time! Warm ups, then pairing off to do positional drilling. I liked the format of each person getting a set amount of time to drill before switching – as opposed to keeping count, which I’m not that great at. (I get lost after 2!)
After drilling guard passing a few times, Master Lloyd emphasized the importance of blocking the hip, post-pass, for at least 4 seconds before moving on. Then he had us all line up on the wall while he called out pairs to move to the center of the mat and attempt to pass and stabilize position. Good times!
After this, he started pairing us off to roll. I have no idea how long the rounds were, but they were longer that I normally do. Again, awesome!
Time really flew by fast, and before I knew it, it was 2:00 pm and class was over!

Went out to grab a bite and then was dropped off at my hotel to nap for a couple of hours.

7:00 pm Sarj picked me up from my hotel and dropped me off for the evening class times. More drilling, more sparring – until it was 10:00 pm and I was dropped back off again! I slept REALLY well that night!

11:30 more Jiu Jitsu! They had MMA sparring at 10 that morning, and I haven’t learned enough Muay Thai to be of any use in that class whatsoever – so I slept in a bit!

6:00 pm Nijah teaches a ladies “Cage Fitness” class and I asked to watch so as to get some ideas for our ladies program. It seems to have a completely different approach and feel than our ladies classes – I am going to see about integrating some ideas, or even talking with coach about a totally new program!

8:30 last Jiu Jitsu class! Again, more drilling and rolling! When we finished, I said all my goodbyes and dragged myself back to bed to prepare for my trip home early the next morning.

I just thrive off pushing myself, so I had an amazing time! I’ve never had a chance to roll with any high ranking ladies before, and getting to roll with Sijara and Nyjah was the highlight of the experience. Also, the effort everyone puts into their training very inspiring as well – there is a reason why they are as good as they are. It’s called hard work!

I’ve visited other schools before, and always felt some level of awkwardness walking in the door. This felt like visiting my hometown and seeing those awesome family members that I’ve missed! Thank you everyone! 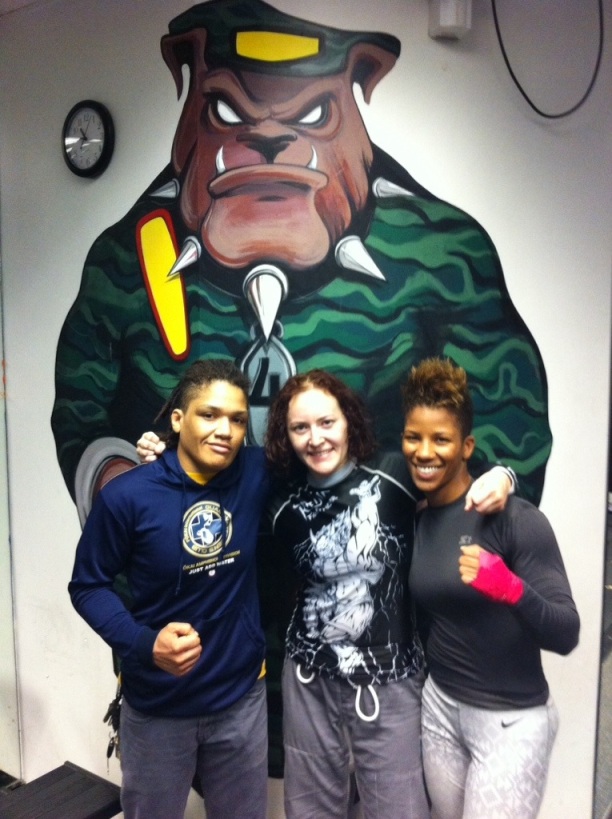