I arrived in Taiwan around 9:00 in the morning and managed to find the correct bus to take to Taipei Station, a 45 minute ride for just a couple of USD. From Taipei station I walked to the hostel I would be staying in. It hit me rather quickly that I was in a tropical environment and the layers I had worn to stay comfortable on the plane were quickly shed.

The hostel I had selected to stay at for my two nights in Taipei was, I found, perfectly located for exploring on foot or by metro. A very useful thing as it would be several hours before I could officially check in. I was, however, able to drop off my bags at the front desk to lighten the load for the next 6 hours of exploration! Yay!

My first concern was food. I had slept at the airport the previous night and had yet to actually eat anything since before then. So I decided to make my way via the metro to the Taipei 101 building and find something to eat around there. I did initially have difficulty with finding a location to purchase a metro card, and eventually just went to a subway information desk. The metro is super cheap and easy to use in Taipei!

It was a rather impressive sight to step out of the metro station and look straight up the edge of the Taipei 101 tower – one of the tallest buildings in the world! I was debating on whether or not I wanted to take the ride to the top, but when I realized that it was only 500 NTD (roughly 15 USD) for the ride to the top, I decided to go for it. I am very glad that I did as it was a fantastic day (the forcasted typhoon was delayed) and I could see for miles!

I almost had mango shaved ice at the top… but was deterred by the length of the line and the small portions I saw doled out for the price (tourist prices and such). So I decided to wait. After taking a few time lapse videos, I took the ride back down the elevator to the food court. So many options that I circled the place twice before settling on a bowl of beef noodle soup. Exciting, I know. It was good sized and very satisfying though! The seating was all family style so after a little hesitation, I plopped myself down in an empty seat next to several people. I’m going assume the looks I received were ones of admiration for my skillful use of chopsticks… It could also have been that I was the only red headed white girl sitting in a human sea of asian ethnicity… Seriously though – I got so many compliments on my use of chopsticks during the course of this trip!

I was pretty much winging it until later in the evening when I had reserved a spot in a guided tour. So what better thing to do on a whim than climb a mountain?

Elephant mountain is a very popular local hiking spot. It is a punishing number of steps however – so if you decide to do it, wear good shoes and buy a bottle or two of water from the nice lady at the trail head!

As I was starting on my way up, I saw a gentleman trudging down wearing the staff tshirt from the Asian Championships. He was very focused but as he passed I hollered “Jiu Jitsu!” at him and he turned on a dime with a huge smile on his face! We had a short conversation in a combination of English, Japanese, and Mandrin before he asked for a photo. Of course I asked for one with my camera as well!

It was quite a trek up, and I even stripped to my tank top and used my tshirt as a sweat rag! The view from the top was well worth the effort however! I hung out at the top and explored the trails a bit further – I could have easily spent several hours up there! However, I had to get back to the hostel so I could finish check in and take a (MUCH needed) shower before the tour.

Tour Me Away – Longshan Temple:

So I found a group that does low cost, and free walking tours of Taipei. The group is called “Tour Me Away” and I highly recommend them to anyone visiting Taipei!

It was raining lightly by the time we met up for the tour and it was a large group! So we waiting a few extra minutes for people to purchase umbrellas as needed from a nearby convenience store. First we strolled along an old traditional street and got a peek inside of some of the old marketplace buildings before they were closed up for the evening. I got to purchase a cup of herbal green drink as we strolled down an herb alley – I have no idea what all was in it, but it felt very cleansing.

After this we made our way to the Longshan Temple where we had a very detailed step by step guide through the entire building complex. I don’t have many photos from inside the temple because of two reasons. Mainly: I always feel guilty taking photos inside temples and shrines where people come to worship. Just because it isn’t my religious upbringing doesn’t mean they don’t deserve to pray in peace. Two: my phone takes terrible night time photos. One day I hope to get a real camera!

Our guides gave very detailed information about how they worship and what each deity is responsible for. For those who wished it, they provided step by step guidance through the worship practices. There was, however, no pressure to participate for those uncomfortable doing so!

I had heard great things about the night market culture in Taipei, and in spite of my limited time visiting the country, it did not disappoint!

I will say this for the night markets (and really any street food). If there is a line of locals waiting for it, get in that line! Also, this is not the time to be finicky about calories, food preferences, or germs. I know a few people who would get the shakes with the way we were passing around our food and drinks to share with the group. I typically eat a fairly clean diet due to my training routine, but I went after it with a gusto in Taipei – without the slightest bit of digestive distress to contend with.

Now will I hesitate to eat street food in India? Probably. Will I still do it? Again, probably!

I made a few new friends from the tour that I really hope to see again in future travels! After we parted ways, I made my way back to my hostel to get some sleep and prepare for the adventure next day.

I started this post with the intent to write one post for Taiwan, one for Kyoto, and one for Seoul – and then be done with it and back to my normal Jiu Jitsu writings. However, I apparently managed to pack a lot more into each day than I thought, so this is going to be a two parter. Until then… 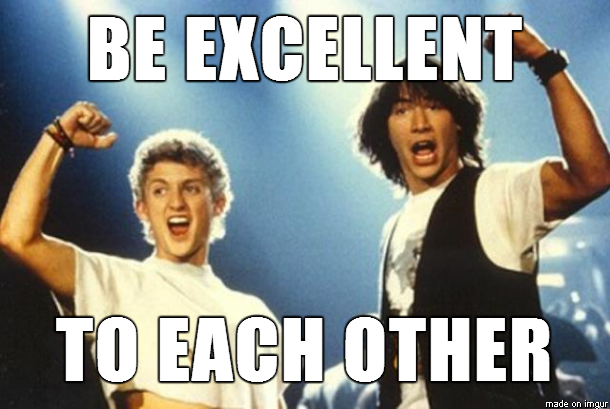 One thought on “Taipei Day 1: Towers, Temples, and Fabulous Food”