Yesterday was quite an interesting experience to say the least!

First order of business was to meet up with Frank. A mutual friend got us hooked up with one another and we decided to meet up at the life sized Gundam robot that guards the Diver City Tokyo Plaza in Odaiba. 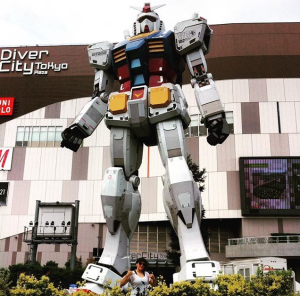 Food was, of course, a necessity. I went with Takoyaki topped with egg (among other things) 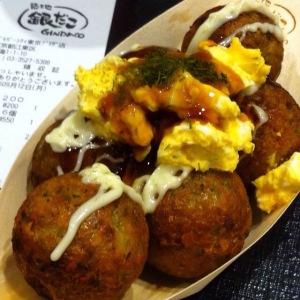 Afterwards we wandered around for a little bit. This place was a huge, man made island with these wide open spaces that I had yet to experience anywhere in Tokyo! 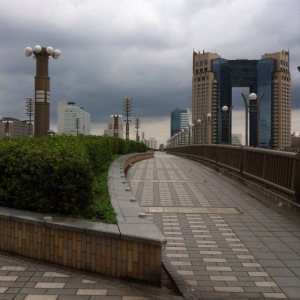 The debate was then on as to where the next stop would be. I was wanting to go to Akihabara and nerd out until show time at the Robot Restaurant in Shinjuku. However we ended up heading directly toward Shinjuku instead.

At a train transfer point, something caught the eye and we headed for it. This. Was. Amazing. 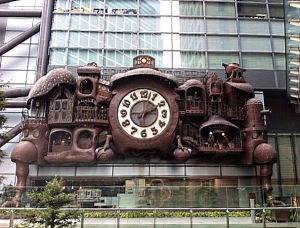 If the style looks familiar to some of my fellow nerds, it is because this clock was designed by Studio Ghibli star producer, Miyazaki. The clock does a 4 minute show with the changing of the hour and we had just missed it. So we went in search of nearby nerdness to occupy time while waiting for the show. The show was worth the wait, AND I found this… 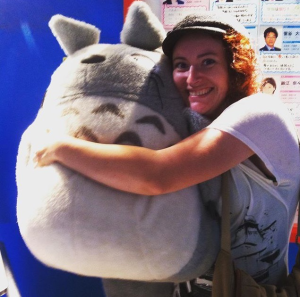 Sad I couldn’t get it! But it wouldn’t fit in my luggage allowance for the rest of my trip.

After that side trip, we arrived in Shinjuku with an extra hour to spare before we needed to check in for the show. So we wandered around a bit more… 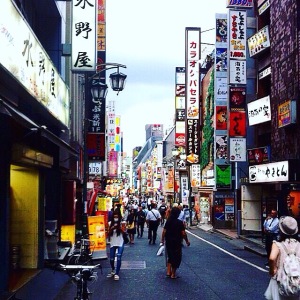 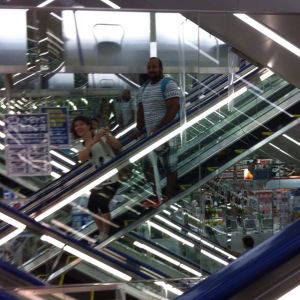 So finally it was time to check in for the show! This was something I had wanted to do last year, but I ran out of money and had to choose between the show, and my train ticket to the airport. It was a close call… But I had to do the responsible thing. This time, I made it! And man was it worth it!

This is what greeted us at the entrance! 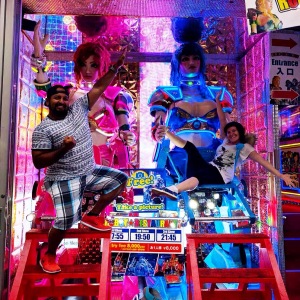 I would say that the show itself would be best described as: “Lisa Frank on LSD at Carnival in Rio.” I took some pictures… But mainly sat there the whole time with a cheesy grin on my face. 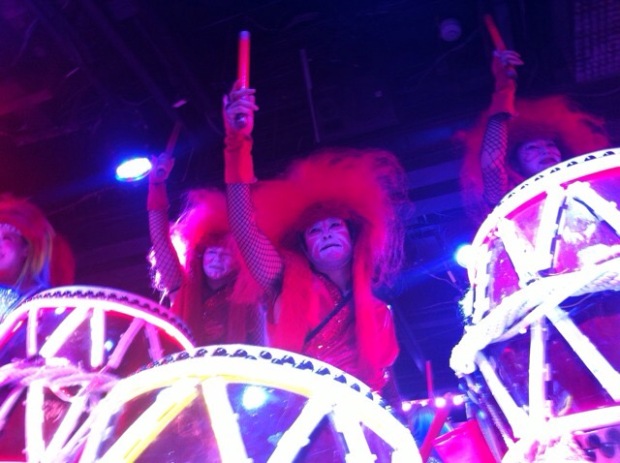 We were on the front row in the center. It was really too close to take any good photos anyhow. Good problem!

Seriously an absolute MUST DO when in Tokyo! The show is campy and cheesy. They know it and work that angle to perfection! 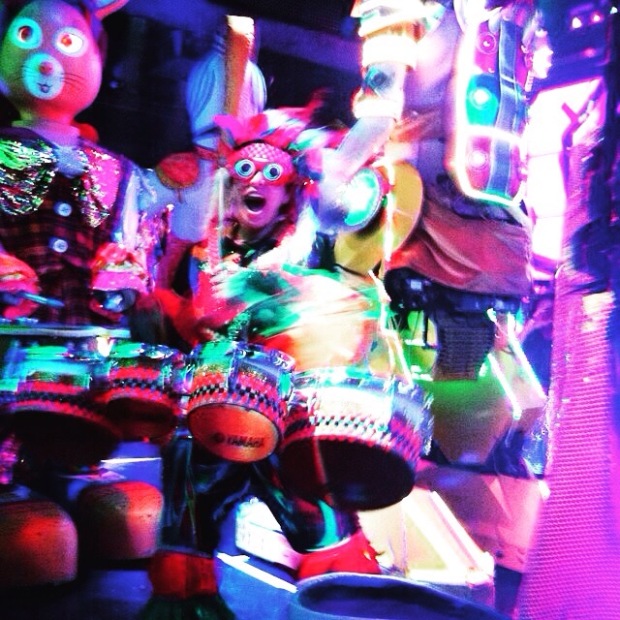 After the show, we zoomed out for a quick bowl of Ramen before popping into an arcade. I’m not much for arcades so after about 10 minutes I said my goodbyes to Frank and headed off to wander up and down the streets of Kabukicho on my own. 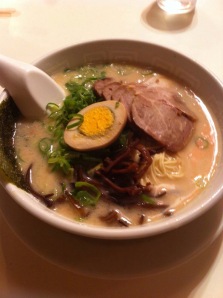 Kabukicho is the closest thing Tokyo has to a red light district (that I know of), but it still felt way less sketchy than walking through my own neighborhood at night. (A sign I should maybe reevaluate a few things?) 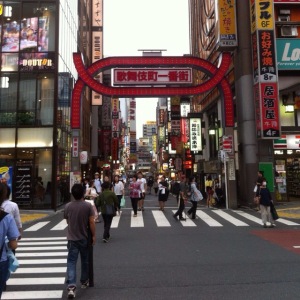 I didn’t wander for too long since I was getting sleepy… so after about an hour I made my way back toward to my room and passed out.

My next adventure will begin in just a few hours as I make my way to meet a new friend in Asakusa! So ends this update as I need to go get ready! Make sure to follow my Instagram as I will be uploading photos in live time while exploring!

3 thoughts on “Tokyo: Robots and Other Tall Tales”