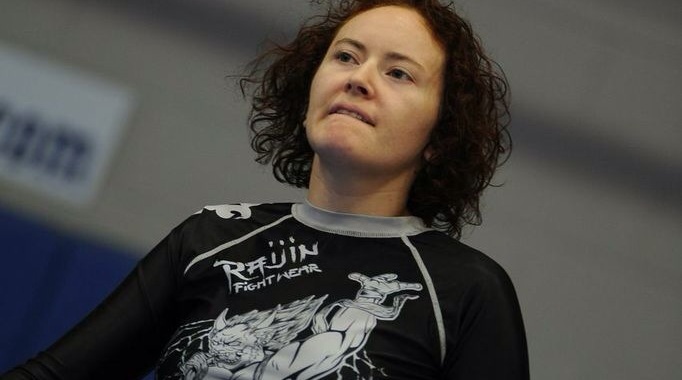 I competed last weekend at the IBJJF Atlanta Open. This was my first time competing there as a blue belt, and it felt rather nostalgic as it was also my first IBJJF competition as a white belt. I told my coach that I had decided it was time for me to bring home my first double gold. I have brought home gold and bronze, but I felt like I was due for an upgrade.

It was a VERY long day! We met at the gym at 2:00 am in order to drive down. I didn’t sleep at all because I was having a terrible time with weight issues (female problems. Nuff said.) and was at the gym all night trying to drop the last two pounds. I jumped on the rowing machine, with multiple layers of sweats and hoodies, for two full episodes of “House”. Know how much I dropped? .6 pounds. What finally did the trick was a long hot shower just in time to jump in the car for the 5 hour drive to Atlanta.

Thankfully, I did get an hour long nap in the car. I arrived a pound under weight with about an hour and a half until my division start time. So I proceeded to sip some fluids and nibble on some trail mix.

I was actually working at this tournament as well. I became a bit of a floater since they were pretty short staffed. My first job before I competed was working as a ring coordinator. After competing, I bounced between score keeping, and crowd control in the bullpen.

Weight Division
There were only five girls in my division as a total, which I hate to see because it means that only one person in the division won’t make the podium or the open. What can you do though?

I had the extra match first thing. I don’t remember exactly how it went and I wasn’t able to get someone to film, so I guess I’ll never really know for sure. I remember playing de la riva and getting a sweep and winning on points. My opponent was very frustrated toward the end of the match. This match actually wore me out pretty well. My legs were tired and my forearms were sore – I was very happy to have a decent sized break while they snuck in another bracket before coming back to me!

My second match was the semi-finals. I thought to tomoe nagi but missed my foot placement and pulled guard instead. The ref pulled us back to center which I attempted to help with my doing “the worm”. I finished with a loop choke from half guard.

Third match was the finals. She pulled guard straight into a beautiful de la riva sweep which felt like had been drilled many times! She came up into my one legged x-guard which we played in for a few minutes. I finally managed to get my sweep and jumped to a guillotine, finishing in mount.

Open Weight Division
There were nine girls total in the open weight division, and guess who got the extra match again!? Yup! I was actually happy about that!

First match was not the type of win I like to see. We grip fought for a short time, and then she tried to snap me down. (I pause here to say thank you to Javier and Lance for helping me with takedown defense!) I ended up jumping guard and when she went down with me, her leg straightened and her knee made some awful noise. She didn’t say anything so I kept working and got a quick arm bar. Immediately we had to call the medic over because her knee was hurting badly. I watched the video playback later and it made me wince… I hope she’s okay!

Second match I dropped into a wrestling stance (odd for me!) and proceeded to defend a couple shot attempts. I tried to go for a guillotine off one, missed it, and ended up on my back. I then went after a loop choke and got the tap.

Third match was the semi-finals against another light weight. I got some weird takedown that I really don’t know what to call – some sort of combo maybe? I did get in a triangle for a second, but was able to get my arm pummeled under so I could attempt to pass. She turtled on the pass so I went to a 10 finger guillotine. She was tough and went to the bitter end!

Fourth match was the finals. And it was a war! I got the same weird takedown I had gotten in the previous match, this time ending in a cut through position. I got stuck in quarter guard and ended up getting my right knee twisted pretty badly. I had already been icing it for something that happened in one of my weight division matches, and that did not feel so good!
I managed to squeak in a pass for some points, but got caught in quarter again and couldn’t do much more than stabilize because of the knee screaming at me. I was able to finally switch which leg was trapped, then I got swept and the angle my left leg went over at made a few people scream and the medics stand up. That one didn’t hurt though (thank you hypermobility!) and I went to my one legged X-guard again and spent the last minute of the match trying to sweep back. I ended up winning the finals on those pass points. 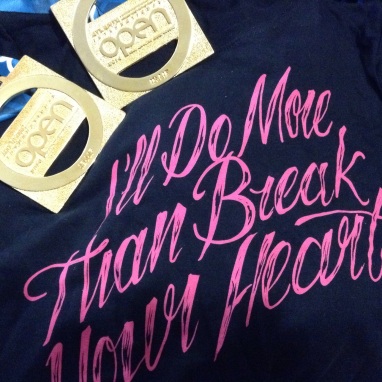 What Was Different?
A couple of days before I left for this competition I was talking with my coach and has a realization that I decided to put to the test in Atlanta.

This isn’t personal. This is not a fight between myself and my opponent. It’s a conversation between my Jiu Jitsu and their Jiu Jitsu. If I make it personal, I become ridged and on edge. If I am relaxed and fluid, I can respond without hesitation to what my opponent offers me.

Before my finals match in the open, I was sitting in a chair outside the bullpen having a conversation with myself. This was the first time I had ever been in this position. I had never made it to the finals in the open division before. I realized I could easily stress out over it, but I decided to just go with it. I chose to trust that my training will have an answer for what was ahead, and all I had to do was take what my opponent gave me, give back what I have, and see what happens.

So in a nutshell: I finally learned to chill out. I’ve been focusing this past year on my mental game, and keeping my stress levels low. I think I finally “got it”!

In Closing
I just had so much fun at this competition! I got to show off my new gi from my awesome crew at Raijin Fight Wear, made new friends, worked hard, got my first double gold, and even got a congratulations from the head of our new team!

Next up: No Gi Pan Ams and No Gi Worlds (followed by Disneyland!)

In case ya missed it… these patches are in and are totally dope!